OCONEE COUNTY, S.C. – The Oconee County Coroner’s Office says it has identified the victims of a collision that occured Friday night at the intersection of West Oak Highway and Coneross Creek Rd.

According the coroner, the victims were identified as 23-year-old Karen Guerrero of Central and 16-year-old Kimberly Boyzo of Seneca.

The Oconee County Coroner’s office says Guerrero was the driver of the vehicle and Boyzo was the rear seat passenger.

Both victims died at the scene of blunt force trauma and the manner of their death was determined to be accidental, according the the coroner.

South Carolina Highway Patrol says the two victims died after a collision with a tractor-trailer near Seneca Friday night.

Troopers report a 2016 Jeep Patriot was traveling south on Coneross Creek Road when the driver disregarded a stop sign. The Jeep was then hit by a Mack tractor-trailer.

The Jeep was carrying three occupants total: Guerrero, an unnamed front seat passenger, and Boyzo. Everyone except Boyzo was wearing a seat belt, but all three were entrapped and needed to be mechanically extricated. The front passenger was transported to a hospital via helicopter for treatment.

The driver of the tractor-trailer was wearing a seat belt at the time and not entrapped, but still transported to a hospital for treatment via EMS.

Stay tuned for updates on this story as we get more details. 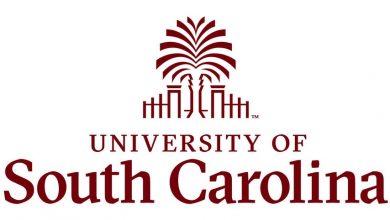 University of South Carolina with Covid requirements starting this fall for students, staff

Non-stop flights from Myrtle Beach to Miami starting June, as low as $29

Friday night shooting in North Charleston, one dead
May 8, 2021