Amid the workers shortage, major IT company is set to invest more than $3 million in the Charleston County area that should open more than 1,200 jobs in the upcoming year.

According to reports, the digital IT international company TELUS International announced that they will build a new facility in North Charleston.

The company will establish their operations in the area and will open more than 1,200 job positions that should be filled no later than 2022.

The company said the initial investment will cost them around $3.4 million, but the amount may be increased, depending on multiple factors.

“We are thrilled to be expanding into North Charleston and tapping into the region’s attractive talent pool to support our company’s continued growth, as well as becoming more actively involved in the months and years ahead in community giving and volunteer initiatives to contribute to the health and well-being of the region’s citizens,” TELUS International Chief Operating Officer Chuck Koskovich said.

“We’re excited to welcome TELUS International to South Carolina and celebrate their decision to do business in our state,” SC Gov. Henry McMaster said.

“By creating approximately 1,200 new jobs in Charleston County, this company is making a commitment to the entire community that will make a real difference in the lives of South Carolinians, and we couldn’t be more excited,” added South Carolina Governor Henry McMaster.

The South Carolina investment comes as a result of the increased demand of services the company offers.

Telus will build the new building at 3450 Ingleside Boulevard in order to increase their operations to meet the increased demand.

The company’s services are available in tens of countries worldwide. According to their latest data, Telus currently has more than 56,000 employees. In United States they also have buildings in California and Nevada.

Everyone interested to join the Telus team should visit this link. 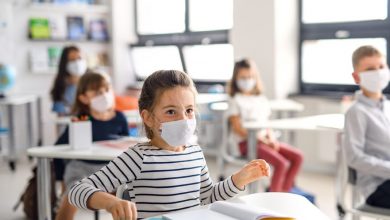 A man connected to the Tuesday hit-and-run in Florence arrested, report
April 2, 2021

A man connected to the Tuesday hit-and-run in Florence arrested, report

COVID-19 vaccines to be delivered to state this month
December 10, 2020

COVID-19 vaccines to be delivered to state this month