Some will say this 13-year-old boy is genius with business sense, but majority will agree that he made the biggest mistake in his life when he decided to order parts online and create homemade semi-automatic weapons with intention to sell them after the whole story ended up fatally for his teenage sister when he was about to close his first deal.

According to the incident report, the fatal shooting incident took place two weeks ago when the 13-year-old whose identity was not revealed by the authorities because of his age, shot his 14-year-old sister K. Scott to death when he opened fire at two ‘customers’ who took a weapon from him without paying.

The The Atlanta Journal Constitution reported that the teenager ordered the parts for the weapons online and made semi-automatic weapons in his Georgia home by himself. The teenagers somehow learned to create the weapons from start to finish, at 13 years old.

The deadly shooting took place in the end of November when he was about to close his first ever deal. Local authorities confirmed that two people, ‘customers’, arrived at the teenager’s home to purchase a gun from him. Instead of paying for the gun, the two fled, which is when police believe that the boy fired a shot in an attempt to stop them.

“According to the investigation, he was shooting at the folks that took his weapon,” officials with the local sheriff office said. “But instead, he shot his sister. And it’s so sad his sister’s death happened.” Teenagers’ mother called 911 to report the incident and she decided to drive her daughter to hospital instead of waiting for the EMS crews to arrive. The girl died on her way to hospital.

Investigators found out about the teenager’s gun making business after going through his family home. He has been arrested along with 19-year-old Y. M. El, who was attempting to buy the gun from him. Both of them have been charged with murder while El also has been additionally charged with robbery-sudden snatch.

Although authorities have a reason to believe this has been the first deal the teenager tried to close, they are investigating how many weapons he actually made. According to them, additional charges are also possible once more details are available.

Ghost guns, or guns that are assembled from parts bought online, are particularly hard to find as they don’t have serial numbers, said the Sheriff’s office. These types of weapons seem to be the biggest threat for the public as those weapons are untraceable. The latest data shows that more than 23,000 untraceable pieces of weapons without serial number were recovered from 2016 to 2020.

“This loss is absolutely senseless, and many are grappling to understand how this could happen. We in Douglas Ct. are a community that is in need of healing. Our village has failed to protect our youth.”

The District Attorney’s office will review findings after the investigation is completed. The boy is being held in juvenile detention while El is in custody in the county jail.

24-year-old former Florence County deputy accused of sexual exploitation of a minor has been arrested and charged, SLED confirms 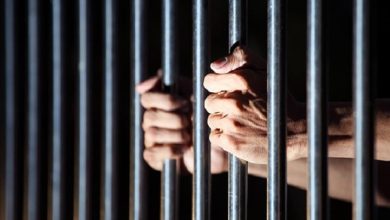 Man indicted on drug trafficking charges, resulting in death of a woman 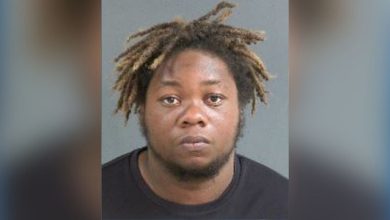 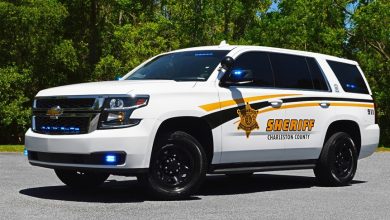 North Charleston driver accused of driving under influence, believed to be responsible for a fatal overnight crash in Hollywood, police

Little boy dies after being shot in the heart by mistake, just days before his birthday
June 10, 2021

Little boy dies after being shot in the heart by mistake, just days before his birthday

The North Bridge that connects West Ashley to North Charleston to be free of walkers, bicyclists CARTA offering free ride for everyone
October 4, 2021

The North Bridge that connects West Ashley to North Charleston to be free of walkers, bicyclists CARTA offering free ride for everyone