Two young boys, aged 8 and 9, are accused of shooting to death retired firefighter while he was driving his tractor. Both of the children now face criminal charges in a connection to the shooting. While the authorities are investigating the case, the children will remain with their parents because of their age.

According to police reports, the incident occurred on June 23 when a woman called 911 to report his husband missing as he went at their property early morning and didn’t return until the evening. The woman said her husband was last seen driving his tractor headed to their property.

First responders arrived to the woman’s house in South Carolina and shortly after they headed at the family’s property where they located the tractor that had gone down an embankment and struck a tree. The deputies who arrived first at the scene said they found the 62-year-old Danny A. unresponsive, slumped over the steering wheel on the tractor.

He was pronounced dead at the scene and the body was taken to hospital for an autopsy. The initial autopsy results showed Danny died from one gunshot wound to his back.

Authorities have a reason to believe that two young boys, aged 8 and 9, are responsible for shooting to death the retired firefighter while he was driving his tractor. It remains unclear at this point how the Sherriff Office officials learned that the boys were involved in the incident.

“After a consultation with the Solicitor’s Office, and based on the evidence obtained in our ongoing investigation, we believe that both juvenile males discharged a firearm in a reckless manner in the direction of Mr. Danny who was bush hogging on some family property,” County Sheriff Mike C. said in a written statement.

Authorities believe this has been an accident, claiming the boys didn’t intend to kill the elderly man.

“With a charge of involuntary manslaughter, it has to be shooting in a reckless manner. So, we do believe they shot in the direction of Mr. Smith on the tractor, and not just shooting up in the air,” authorities added.

Meanwhile, a petition signed by thousands of locals was filed in the county’s family court asking the court to charge the little boys with involuntary manslaughter since it remains unclear who fired the weapon.

The identities of the boys were not revealed because of their age. The boys will not be arrested and will stay with their parents as the case proceeds because South Carolina law prohibits detaining children under the age of 10.

Danny was beloved neighbor and member in the community. He was retired and served as a volunteer firefighter. 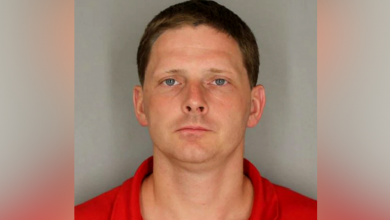 South Carolina hospitals changing their visitors’ policies as the number of Covid-19 cases across the state surge like crazy
August 4, 2021

Flooding in Charleston, numerous roads closed across the city, this is the list
November 5, 2021

Flooding in Charleston, numerous roads closed across the city, this is the list