Being a mother is something precious, but it also brings a lot of dedication, time and effort looking over the babies. Unfortunately, being a parent sometimes brings safety concerns and the victim in today’s case experienced that first-hand.

According to police, the 23-year-old A. Montgomery is accused of shooting young mother of two babies and kidnaping her 6-week-old boys right after the shooting. Montgomery is facing several charges including one aggravated assault charge and two counts of kidnapping in the case.

The incident took place last May in Georgia when the suspect shot and critically injured the young mother, identified as the 23-year-old G. Rodgers and then kidnapped her babies. Rodgers was transferred to hospital with serious injuries and after some time she completely recovered from the shooting.

While Rodgers was in hospital for treatment, she had to undergo several surgeries for her injuries. In the meantime, her sister organized an online fundraiser to aid in recovery expenses.

The 6-week-old boys Lorenzo and Matteo were taken by Montgomery. While their mother was in critical condition in hospital, the local authorities were intensively working in an effort to locate the suspect and more importantly, the babies.

The suspect fled the scene with what appeared to be a white sedan and authorities immediately issued an Amber Alert. Detectives followed a lead that the suspect and the twins might be in Effingham County. They located the suspect almost four hours after the incident in her home.

A neighbor said Montgomery told her she was pregnant and was expecting twin babies this month. She added that Montgomery “never looked” pregnant. The twins were recovered at the home too. Though they were unharmed, first responders took them to a hospital for medical evaluations.

Rodgers experienced what chief of police called “every mother’s worst nightmare.” “We are so thankful that Matteo and Lorenzo were located quickly and were ultimately unharmed,” police chief then said. “This was an all-hands-on-deck approach. Everyone in the area was looking for this suspect and the twins.”

Local authorities said they are thankful to the local community for their tips claiming that the case wouldn’t have moved as quickly as it did without their help. He also thanked the other law enforcement agencies who helped them in the case including SWAT teams.

The 23-year-old A. Montgomery was taken into custody right after she was located in her home. She was initially charged with one aggravated assault charge and two counts of kidnapping in the case. She was jailed without bond.

In July, Montgomery was formally charged with attempted murder, two counts of kidnapping, aggravated assault and possession of a firearm.

Montgomery will remain behind bars for now since a Chatham County judge denied bond for her on Tuesday.

Father beat his two-month-old baby daughter for five minutes because she was crying all the time, the girl died and he blamed the family cat for the injuries, charged

As team Biden duo reached their lowest ever rating, Republicans are seeing the widest midterm margin in 40 years, poll

Mother’s boyfriend abused, assaulted and beat her 2-year-old son leaving bruises and bite-marks all over the body, sentenced 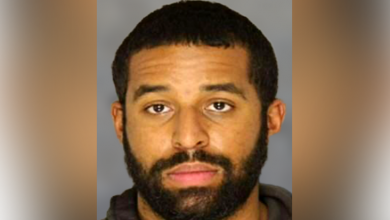 Angry passengers ripped off Uber driver’s mask and coughed on him after being told they must wear masks, caught on camera
March 15, 2021

Angry passengers ripped off Uber driver’s mask and coughed on him after being told they must wear masks, caught on camera