South Carolina – Since the Covid-19 pandemic began, the airline industry has been one of the most affected industries worldwide. Airlines literally stopped working for months when the first lockdowns occurred globally, losing millions of dollars every single day. Even in the follow-up period, airlines had reduced operations and experienced a hard time adapting because countries were opening and closing their borders sporadically. This caused a lot of problems for travelers who were not able to plan their trips upfront and often decided to postpone their trips for some ‘better times’.

Two and a half years since the start of the pandemic, the airline industry is in total chaos, something that is especially notable at the peak of the summer period, resulting in hundreds, if not thousands, of flights canceled every day worldwide. These disruptions result in ruined vacations and stranded travelers at airports with no alternative flights for days, but also a huge, additional financial loss for airlines, who are forced to refund canceled flights just in the period when they were expecting to finally recover from the pandemic.

Too many people traveling in a short period of time, bad weather and high gas prices are some of the factors that highly affect flight cancelations, but the major problem for the airline companies is staffing, especially in the case of pilot shortages. During the pandemic, thousands of pilots took early retirement packages, and because of disruptions in pilot training programs, there were also fewer people joining the industry. This made an already bad situation worse, since there weren’t enough new pilots coming in before the virus hit.

There is no ‘easy fix’ to the pilot shortage problem, as on numerous occasions, industry experts have warned that it will take years before additional pilots are trained and hired, which should eventually result in relief for both travelers and airline companies. Taking this into consideration, SC Senator Lindsey Graham today will discuss the Let Experienced Pilots Fly Act at the Greenville-Spartanburg International Airport.

The Let Experienced Pilots Fly Act, will however, require all pilots above the age of 65 to maintain a first-class medical certification, which must be renewed every six months.

“With baby boomers making up half of the airline pilot population, roughly 5,000 fully qualified pilots are being forced to retire each year. The wave of forced pilot retirements continues even as hundreds of flights are being canceled due to a shortage of available pilots and crews,” Sen. Graham said in an announcement.

Non-residents will have to meet one of the three major requirements to transfer students to Georgetown County School District, application process starts July 25

Sunday afternoon crash in Colleton County fatal for three people; a total of six vehicles, all traveling southbound on I-95, were involved in the collision 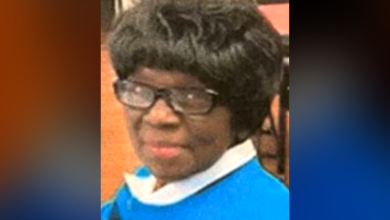 People slam President Joe Biden once again as he struggles to properly pronounce the name of our country in his recent public speech
December 18, 2021

Tuesday night crash with ATV on Johns Island fatal for the driver, the Charleston County Sheriff’s Office is investigating the crash
September 22, 2021

Tuesday night crash with ATV on Johns Island fatal for the driver, the Charleston County Sheriff’s Office is investigating the crash

“Get rid of your diaper and come out…,” Deleted then recovered video shows Marjorie T. Greene harassing Ocasio-Cortez’s
May 14, 2021

“Get rid of your diaper and come out…,” Deleted then recovered video shows Marjorie T. Greene harassing Ocasio-Cortez’s