According to them, they were dispatched at the scene around 2 p.m. on Sunday on Blue Ridge Trail.

The person who reported the call said that one person suffered injuries and was not able to breath properly as a result of the smoke.

The single-story home had fire visible from the attic space and the attached garage as firefighters arrived, NCFD said.

There were five people, two adults and three children, at the house when the fire started. They were all evacuated in their neighbor’s house.

One person was provided medical care by Dorchester County EMS on scene.

The family is being assisted by Red Cross. An investigation into the cause of the fire is ongoing. 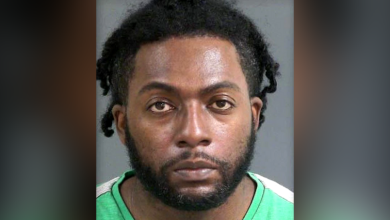 House fire in Moncks Corner, crews on the scene

South Carolinians are waiting in lines for hours to get tested for Covid-19 amid surge and home tests shortage
January 7, 2022

Teenage boy abuses and punches sister eight times in the head before she dies, the mother tells cops she fell of a chair
August 12, 2021

Teenage boy abuses and punches sister eight times in the head before she dies, the mother tells cops she fell of a chair