Austin, Texas – Stephen B., 41-year-old ex-police officer from Texas, has been arrested Monday morning for fatally shooting his wife, teenager daughter and her boyfriend. The police said the shooting took place in apartment complex just before noon on Sunday.

The case has been classified as domestic violence and the ex-cop faces capital murder charges.

Stephen was arrested Monday morning just after 7 a.m. northeast of Austin, Texas. According to police reports, Stephen allegedly had a loaded pistol on him when he was busted.

As seen on the video below obtained by KXAN, the suspect complied with the commands by the officers. Officers also asked him if he has a gun. They then pulled the loaded firearm from his waistband before one officer took out the chambered bullet and ammunition, the video shows.

Travis County District Attorney José Garza said: “Because Mr. Broderick committed this heinous crime after he paid a money bond to be released on charges related to sexual assault against a child, Texas law permits his detention without bail,” Garza said.

“Our office will ensure that Mr. Broderick remains in custody and is held accountable. My heart continues to break for the victims of this senseless act of violence, their families, and for the anguish of our community,” he added.

The police responded to a 911 call for a suspicious person walking along the roadway near US Highway 290. According to the report, Stephen had a gun with him, but no shots were fired in the time of arrest.

The ex-cop retired last year after being charged and jailed for allegedly molesting 16-year-old. 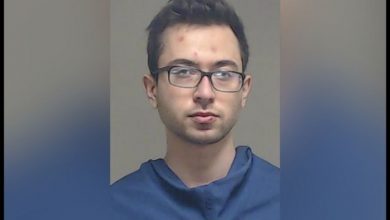 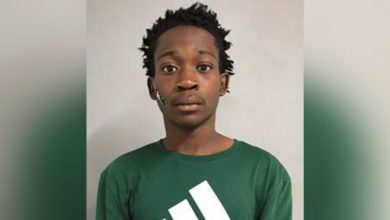 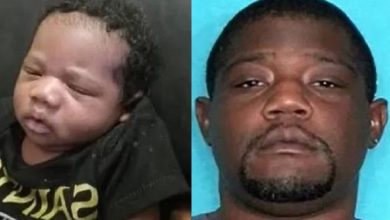 Man kills ex-wife, abducts his 3-month-old infant child and uses it as a human shield in a shootout with the police, report 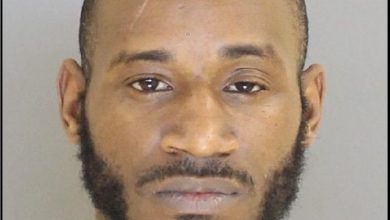 Sumter County man holds woman in a car against her will and assaults her, wanted by police