No, really, he did. Maybe not in the George Washington suite of the John Rutledge House Inn but in a private home along Charleston’s famed Battery.* Today’s explorers can sleep in homes built or owned by key figures in the city’s history, even if not in the same room or house as the first president.

The city also offers a range of options from $100 a night at national chains near the interstate, airport and the North Charleston Coliseum to more moderately priced rooms ($150-200) in historic homes and inns, and high-end rooms (more than $400 a night), suites in the central historic district or whole houses along the beaches.

Once your location is determined, you can stay in historic inns, B&Bs decorated in antebellum glory or the most modern luxury hotels available with spa treatments, personal concierges and fine dining.

What you choose depends on what you want to do during your visit.

For a beach-focused visit, check out local real estate companies, such as Kiawah Island Real Estate, Vacasa Property Management in Folly Beach or the Wild Dunes Resort on the Isle of Palms. These types of companies are best for larger parties and longer stays, up to a week. For smaller groups and shorter beach stays, there are plenty of standard hotel rooms, such as the Tides at Folly Beach, and some B&Bs and inns near the strand.

For a golf-focused visit, there are a range of rooms near courses outside the city, including the Sanctuary at Kiawah Island Golf Resort, where golf at the famed Ocean Course can be included in a package. The Pete Dye-designed Ocean Course was home to the 1991 Ryder Cup, the 2007 Senior PGA Championship and the 2012 PGA Championship. The hotel also boasts indoor and outdoor pools, a fitness center, spa and salon, as well as two restaurants and bars indoors and one restaurant and bar outside.

For a shopping visit, you can choose downtown antiquing and a range of small inns, such as the Fulton Lane Inn or large hotels, such as the Belmond Charleston Place near King, Meeting and Broad streets for excellent shopping.

Charleston Place, a 435-room luxury hotel right in the heart of the historic district, opened in 1986 and was heralded as a game-changer in Charleston’s life as a major tourism destination. The hotel, restaurant, meeting room and shopping complex spans from King to Meeting streets, and was downtown’s answer to suburban shopping malls. Though the massive project met with some resistance initially from historic groups, the Preservation Society of Charleston gave the property a Carolopolis Award in 1987, which recognizes renovation and redevelopment projects for responsible stewardship of Charleston’s historic architecture. The hotel remains one of the most luxurious in the city.

One of the more unique locations in town is the Wentworth Mansion, so named because it is in a former mansion located on Wentworth Street. Originally built in the days after the Civil War by cotton merchant and phosphate magnate Francis Silas Rodgers and his wife, Marie Elizabeth Evans Cochran, the home was designed by architect Daniel G. Waynes and was where the Rodgers raised 13 children. Family members lived there for more than 50 years. It was briefly home to Scottish Rite Masons before being bought in 1940 by the Atlantic Coast Insurance Co., which was headquartered there until the mid-1990s. The property was completely renovated in 1997 and turned into a one-of-a-kind inn. The mansion now includes an onsite restaurant, Circa 1886, spa facilities and a rooftop deck that allows for stunning views of Charleston Harbor and surrounding neighborhoods.

Charleston’s luxury hotel offerings has expanded in recent years with the construction of several new unique hotels, including the much-acclaimed Hotel Bennett, designed in the style of a grand European hotel. Along with 179 elegant guestrooms and suites, the hotel features La Pâtisserie, offering French pasteries, sandwiches and desserts; Camellias, a Champagne bar and tea room; and Gabrielle, its signature restaurant and bar overlooking Charleston’s historic Marion Square.

Add to mix The Spectator, a chic boutique hotel where your own personal butler will serve you an artisinal breakfast, and The Restoration, offering world-class hotel accommodations and one-, two- and three-bedroom urban “residences,”  along with a rooftop restaurant and bar, onsite spa and cozy library.

For a more offbeat ambiance, try the Grand Bohemian Hotel, a glamorous 50-room boutique hotel with bold furnishings and funky art covering the walls. Among its amenities is a rooftop bar and restaurant serving French-inspired dishes and handcrafted cocktails. Renaissance also has a one-of-a-kind vibe with its eclectic blend of contemporary and vintage furnishings, traditional haint blue ceilings and modern amenities.

Other great choices include The Governor’s House Inn, Planters Inn, Zero George Street, The Dewberry Charleston and The Vendue.

Just across the Cooper River in Mount Pleasant is the Inn at I’on, located in a residential and retail community that looks like downtown Charleston with less traffic and noise. An Ascend Hotel, this seven-room bed and breakfast was built in 2009 but feels decades older with its classic Southern architecture and antique furnishings. For stunning views of the harbor, Fort Sumter and downtown Charleston, you can’t miss with The Cottages on Charleston Harbor, offering 10 luxurious two- and three-bedroom cottages each with a full kitchen, living room and screened-in porch.

A few things to consider:

~ Parking will almost always cost extra at downtown locations because of the limited amount of parking available for everyone. (But once you’ve parked your car, you can typically walk or catch pedicabs to most locations on the peninsula.)

~ Many older properties are known for their charm and history, not their modern conveniences. If flat screen TVs and lightning-fast Wi-Fi are priorities, choose a more modern property.

~ Some locations cannot offer accommodations for pets because of potential allergies of other guests, but some have rooms with separate entrances, such as carriage houses that might meet your needs. Pet-friendly locations might require a damage deposit or higher cleaning fee; be sure to ask before you book.

~ Charleston has several popular events during the year, notably Spoleto in the spring, Restaurant Week in the fall, and the Southeastern Wildlife Expo and the Charleston Food and Wine Festival in the winter. The popularity of these events means you should book your accommodations early if you plan to attend, and be aware that rates might be a little higher during these times of peak demand.

~ Beach accommodations tend to be most expensive in the summer months, with wintertime more affordable.

*So, where did George Washington really sleep?

The city of Charleston rented out the home of Thomas Heyward at 87 Church St. to accommodate the president and his entourage during the 1791 visit. Heyward had filled in for John Rutledge, whose downtown home is now an inn, in the Continental Congress of 1772. Heyward was just 30 years old when he became one of the four South Carolinians to sign the Declaration of Independence. The Heyward-Washington House is not available for overnight stays, but it is part of the Charleston Museum’s historic homes collection. 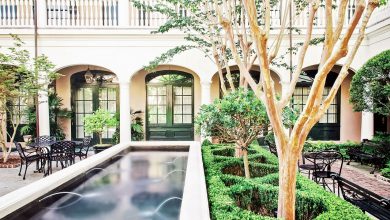 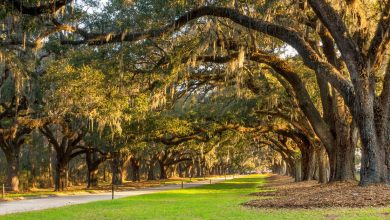 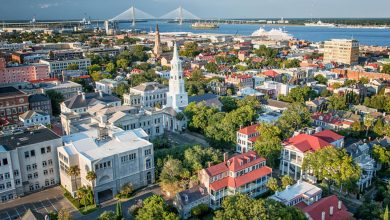 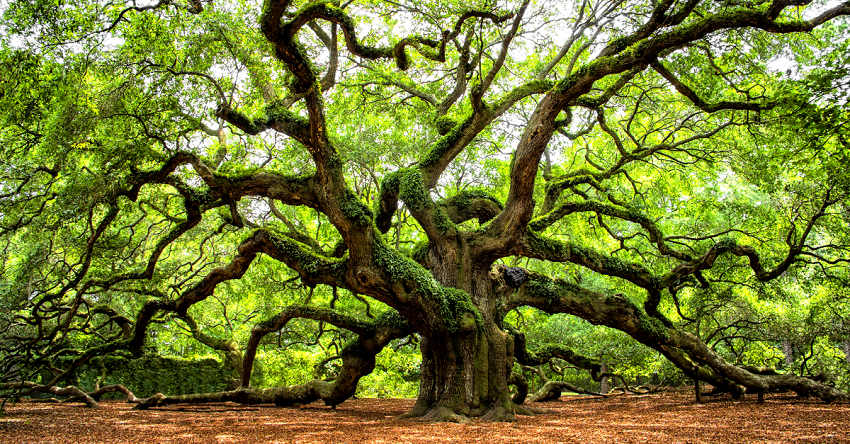 Hero waitress secretly passes a note to young boy in a restaurant saving him from abusive parents, this is what she wrote to help
January 20, 2021

Hero waitress secretly passes a note to young boy in a restaurant saving him from abusive parents, this is what she wrote to help