Goose Creek, South Carolina – In the last two months, the Lowcountry fire departments employees have expressed their disappointment several times seeking higher pay just when the cost of living is rising and the departments struggle with workers shortages.

The current pay seems to be the major reason why not many people are interested to work as firefighters resulting with workers shortages across the Lowcountry fire departments.

The low interest in these jobs affects not only the current fire crews, but also the Lowcountry residents, the people who they provide service too.

According to multiple reports and recent data provided by the Lowcountry fire departments, almost every single fire department has open job positions and some of them are barely having the minimum number of workers needed to remain operational.

So is the case with the Goose Creek Fire Department currently operating with 19 people, but has 13 open job positions awaiting to be filled.

“Those things you don’t necessarily want to see on the news, our people are going to those calls and responding and taking care of those hundreds of calls, thousands of calls all along the Lowcountry,” said Mike Nixon, fire chief for the city of Goose Creek Fire Department.

According to the Firefighters Association of South Carolina, hiring for public safety jobs has always been hard but especially during the pandemic.

“Because of shortages in the fire service and COVID, they’re being mandated to work an additional 24 or an additional 48 hours. So, they could be in the fire house for three straight days, and it could be longer in some places,” said Bill Pesature, Vice President of The Professional Firefighters Association of South Carolina.

Chief Nixon is aware of the problem and he knows that workers shortage directly affects the current employees that put more effort working extra hours to ‘fill up’ the gap.

The association said with not enough time to recuperate on days off, it’s taking a toll on people in the field.

While the departments are having hard times to hire new people, another major problem is the rising population in the area that requires even more firefighters to keep up with the increasing number of calls.

Out of the nearly 8,200 calls Goose Creek crews respond to, about 70% are for medical purposes, which is why they Nixon said hiring paramedics and EMTs is so important.

“We’re looking to build a great team here, and we want great people that want to do great things. If you’re one of them, please look us up.”

The Goose Creek Fire Department is currently hiring new firefighters and paramedics. Those interested in these positions are encouraged to apply on this link. 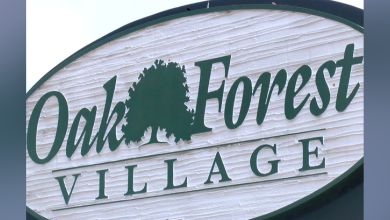 The Beaufort County teenager who was reported missing on Monday is found safe, police confirmed

The power outage will postpone the in-person teaching process in Fort Dorchester High School, students to continue with virtual learning for now
September 20, 2021

The power outage will postpone the in-person teaching process in Fort Dorchester High School, students to continue with virtual learning for now

City of Charleston will re-enforce ordinance forbidding businesses from obstructing sidewalks
May 11, 2022