South Carolina has seen more than double the number of days with over 1,000 new COVID-19 cases in November than it did in October.

These numbers come as people head inside due to cold weather, as well as start to gather for the holidays.

“Being in closed, cramped spaces, like an airplane, being in hotels, potentially could do that. Then, being indoors with families, especially in big gatherings, that could increase the risk as well,” said ABC News 4 medical expert Dr. David Geier.

The mix of holiday travel and gatherings has some experts worried that the current spike could get worse. Despite South Carolina’s rising numbers, the CDC lists the Palmetto State as adding the least new cases per 100,000 people in the southeast over the past seven days.

Family and friends coming from other states across the country into South Carolina homes is where experts fear new cases could come from.

The CDC and DHEC recommend only gathering with people who already live in your home.

“I would judge what I do based on the symptoms and the risk that I have and the people in my family have,” said Geier, who added that healthy people can go out but should take proper precautions.

The first indicator as to the effect the holidays will have on new cases in the Palmetto State is a few weeks away, when we see how many new cases come from Thanksgiving gatherings. 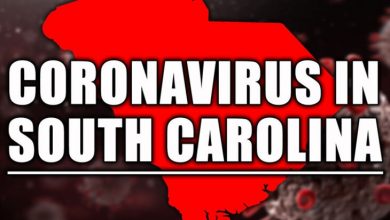 Two people, including a teenager, arrested in a connection to the Azalea Square shooting
May 11, 2021

One arrested connected to the shooting at King Street last week
February 11, 2021

One arrested connected to the shooting at King Street last week

Drunk father stabs daughter while sleeping with the mother, thinking his wife was cheating on him
March 12, 2021

Drunk father stabs daughter while sleeping with the mother, thinking his wife was cheating on him