Since the start of the pandemic, almost all of the schools across the country closed and switched to virtual learning in an effort to combat the spread of the Covid-19 virus and prevent students getting infected in a period when there was no approved vaccine for them.

As students slowly started returning to schools for in-person teaching, one of the widely accepted measures was face mask mandate for both students, teachers and school staff during all times while in school and school buses. Many states later decided to ban mask mandates for students, but with Omicron in place, a decent percentage of the schools nationwide still mandate students to wear face masks.

But things reportedly went south in one Pennsylvania school district after a photo of middle school teacher taping mask on student’s face surfaced online leaving parents completely outraged and seeking answers from the school district, school principal and the teacher herself.

“Pro-mask or anti-mask, I hope we can all agree that taping masks to children’s faces crosses the LINE. This was not a joke for the child or the parents,” the post on Facebook said. The members of the Facebook group where the photo was initially posted urged the school district to take action and encouraged community members to voice their opinion at the upcoming board meeting.

From what can be seen from the comments on Facebook, some people were nothing but furious asking the school district officials to fire the teacher claiming that what she did was completely inappropriate saying that taping mask on student’s face has nothing to do with the current pandemic measures.

Understandably, the photo immediately went viral and parents were seeking answers from the school district what the teacher’s intentions were when she decided to tape the mask. The viral photo forced the school to issue a statement in regards to the incident apologizing for the incident saying that the ordeal was “being addressed with” the teacher.

“After an immediate investigation, it was determined that while the incident was isolated and no malice was intended, the actions of the teacher were entirely inappropriate and unacceptable, no matter the context,” the statement said.

The student’s mother broke her silence in a statement to North Penn Now — saying the situation has turned into her “worst nightmare.” The mother, who remained anonymous, said in the statement that she never wanted the photo to gain national attention and had only agreed to share it with a local private group to garner support ahead of the board meeting.

“Certain individuals felt compelled to take matters into their own hands, including contacting local authorities and disseminating this image of my son to various media outlets,” the mother fumed. “While I appreciate parents and groups alike coming to our defense, as stated above, what this has evolved into is exactly what I wanted to avoid.”

In addition to the school’s statement, the school district also released a statement to the public in which they tried to briefly explain the situation. “An image taken in one of our classrooms last week and circulating on social media does not represent the universal values that the North Penn School District strives to instill in both our students and staff,” the school district said.

“After an immediate investigation, it was determined that while the incident was isolated and no malice was intended, the actions of the teacher were entirely inappropriate and unacceptable, no matter the context,” it continued.

No additional information was given what led the teacher to tape the face mask to the student’s face. Once more details are available, we will update the case. 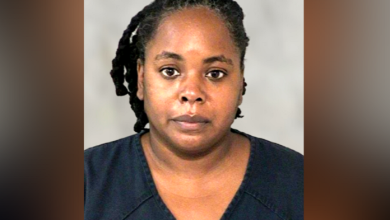 The mother, who claimed that letting her teenage daughter to be in a relationship with 34 years older man and ultimately allowing her to marry him was ‘a normal part of their religious beliefs’, has been sentenced 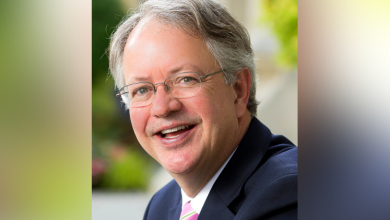 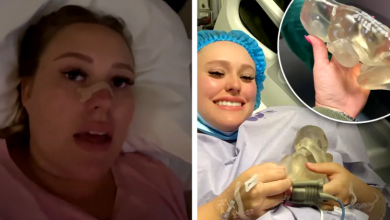 23-year-old mom-to-be, who once gave birth to her newborn before doctors reinserted the tot inside her womb after successful treatment, says she is ready to deliver the baby once again

In an effort to keep everyone safe from the virus, CDC and FDA now officially recommend booster dose of the Covid-19 vaccine, DHEC welcomes their decision in a statement
September 26, 2021

In an effort to keep everyone safe from the virus, CDC and FDA now officially recommend booster dose of the Covid-19 vaccine, DHEC welcomes their decision in a statement

Woman dies from Covid-19 after she was wrongfully denied vaccine seven times because the vaccine contained “live virus”, lawsuit
February 13, 2022

Woman dies from Covid-19 after she was wrongfully denied vaccine seven times because the vaccine contained “live virus”, lawsuit