Only 18-month-old, this little boy disappeared in the middle of the night while sleeping. Little Cedric J. Jr. from Texas was later found dead in a landfill. His aunt, who had recently been granted custody of Cedric, couldn’t believe how her nephew disappeared from the house and what actually happened.

Cedric was last seen at 11 p.m. the night when his aunt said she put him to bed in her Dallas-area condo. Seven hours later when she woke up, Cedric was missing. The boy had last been seen wearing only a diaper.

Cedric’s aunt was afraid and hoped the boy somehow will get back home. She called the police to report the missing of her nephew one day later. Authorities issued a statewide AMBER Alert and began investigating the disappearance as a possible abduction.

A child inside the condo told her aunt that she saw a man taking the toddler from the home. The little girl said she hid when she saw the man and didn’t say anything until the following morning, because she was afraid. She said the man looked like a relative or a close family friend.

Maintenance workers repaired the front door and the broken window in the condo. The workers declined to say what happened to the door.

Same day authorities found Cedric’s body in a landfill. They set up a red sunshade to cover the alleged crime scene from news helicopters.

Cedric’s death has devastated his family. They think Sendrick was nervous all the time because the boy “was making a mess in the kitchen every night.” 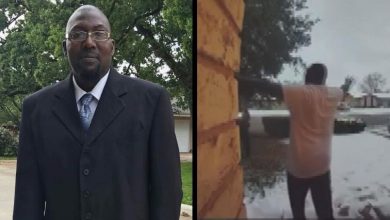 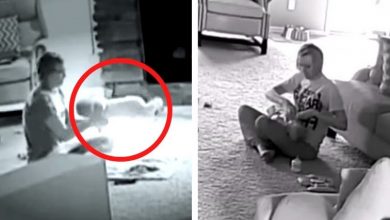 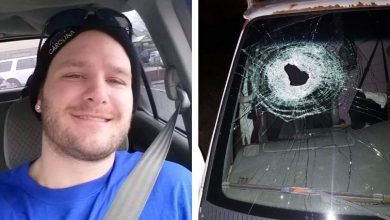