Not every parent deserves their children, especially not drug addicts people who are not even capable of taking care of themselves which was the case in the death of this beautiful 3-year-old girl who died of overdose after her mother and boyfriend drugged her on purpose to stay calm while they shoot up with meth.

The incident happened back in January 2018 and in a three- and half-year period, nine people were charged for various levels of involvements in the case of the death of the 3-year-old Logan. According to the court records so far, the little girl was abused, beaten and the main reason for her death, overdose with meth.

The main suspects in the case are Logan’s mother, identified as B. Higgins, who was already sentenced to 10-20 years in prison and her boyfriend, identified as B. Bennett, who allegedly drugged the little girl with buprenorphine and methamphetamines, an opioid used to treat drug addiction, to keep her calm in the night hours so they could shoot up meth and make love.

That night, the couple ran out of drugs and left the girl alone in the home for the time while they went out to acquire more meth. When they got back, they noticed the girl was unconscious and tried to perform a CPR, but without success. The girl was already dead.

To make the whole unfortunate situation even worse, the couple waited more than 12 hours before they called 911 asking for help to arrive in their Pennsylvania home.

At the beginning of the trial process, numerous photos from the autopsy were showed that indicated that the girl was abused and beaten, suffering injuries all over her body. The mother and her boyfriend confirmed that they had beaten Logan in the past, sometimes going too far with the “discipline measures.”

“There were times where it was discipline and there were times that maybe I hit Logan and her brother too hard,” Bennett said in court. The crime scene photos showed clear blunt force trauma on her forehead, as well as red, irritated marks around her mouth and cheeks that expert pathologist Dr. S. Land explained were from vomit sitting on her skin for an extended period of time.

“It was horrible, I just panicked,” Bennett said on the stand during his trial in Franklin County Court this week. “I didn’t want to come down from the high.”

Bennett was candid about his regular drug use at the time of Logan’s death. He referred to himself as a “functioning drug addict.”

The investigators found deleted video in Bennett’s cell phone, clearly showing the little girl lying on the bed, dead. When questioned by the prosecutors why he deleted the video, Bennett said “I took the video by accident.”

Bennett was acquitted of third-degree murder, the most serious charge against him, but was convicted of involuntary manslaughter. He was also found guilty of delivery of a controlled substance, two counts of endangering the welfare of children, criminal use of a communication facility and possession of drug paraphernalia. He was acquitted of drug delivery resulting in death.

“If you try and leave me, I will shoot you dead,” Man kills former girlfriend at sleep after breaking GPS monitor while under house arrest

Man offered Black teenage girl ride to the store before he killed her and dumped the body in a dirt driveway, gets life behind bars 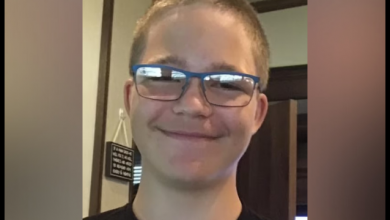 15-year-old boy kills entire family, shared photos of his murdered parents and sister online, then shot himself in the head

Waiting for the federal approval postponed the highway 17 traffic relief project until next year, initially planned to start this summer
October 4, 2021

Waiting for the federal approval postponed the highway 17 traffic relief project until next year, initially planned to start this summer

Tired of being alone, mother throws her two little children from second floor window before jumping herself
June 25, 2021

Tired of being alone, mother throws her two little children from second floor window before jumping herself